Captain Hook may be the scariest of scary pirates, but he’s also a pretty fun guy when it comes time to have a party! If you’re preparing for an event, you’ll be glad to know that this frightening character is ready to come to celebrate with you.

Captain Hook may be the scariest of scary pirates, but he’s also a pretty fun guy when it comes time to have a party! If you’re preparing for an event, you’ll be glad to know that this frightening character is ready to come to celebrate with you.

Sailing in from his beloved pirate ship “The Jolly Roger”, Hook comes complete in his pirate garb and with his hook in place. But rather than scaring people, when he attends your party, he’s all fun and games. Be prepared to see your kids laugh, smile, and joke with this fierce pirate as they learn that Hook may be a pretty cool guy when he’s not chasing Jake and the Never Land Pirates!

Hook will interact with each of the children after making his entrance into the party, using his pirate voice to tell them jokes, sing songs with them, and introduce them to new sea-based-games. While Hook might be all business on the show, he will reveal his party side to get kids engaged in the activities and ensure that they’re having the time of their lives.

With his story-telling abilities, Hook might even want to tell the kids his own version about the long-time feud between himself and Jake! Who knows – by the time the party is over, Hook might be their new favorite character that can be found sailing the seas!

Want to make your party even more exciting? Consider including both Captain Hook and Pirate Jake! Book Hook now and have a party that’s arggg-mazing!

There are no reviews yet.

Be the first to review “Pirate Hook”

Here’s How it Works!

Book your perfect kids party in only 60 seconds with instant confirmation.

Relax and enjoy the event and be the envy of the neighborhood. 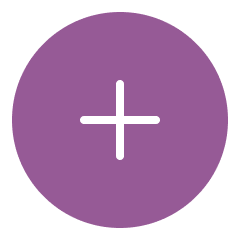 Characters For Party’s Regal Pirate will cruise towards your child’s Medieval pirate-themed birthday party. This party character loves to explore the wide and vast ocean with his fellow pirates. He’ll join the children in many activities from face painting, games, and even storytelling! 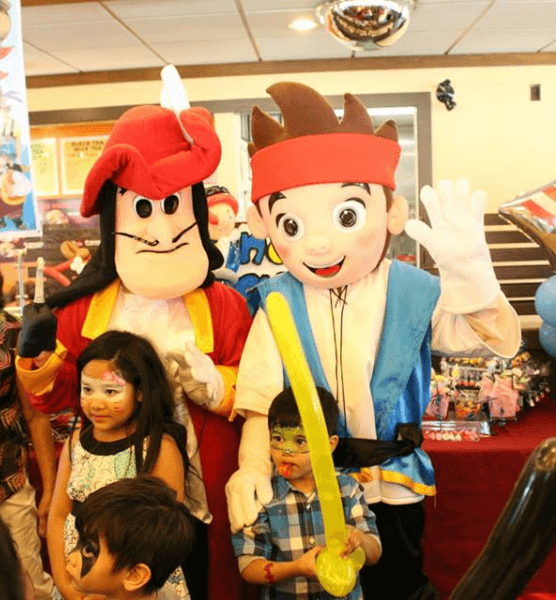 He’s the youngest and most fun captain of the sea. That’s right, it’s Captain Jake and he’s ready to say “Yo ho, let’s go!” to your upcoming event. Dressed in his full captain suit and wearing his red bandanna, Jake is ready to sail to your party with the Forever Sword in hand. 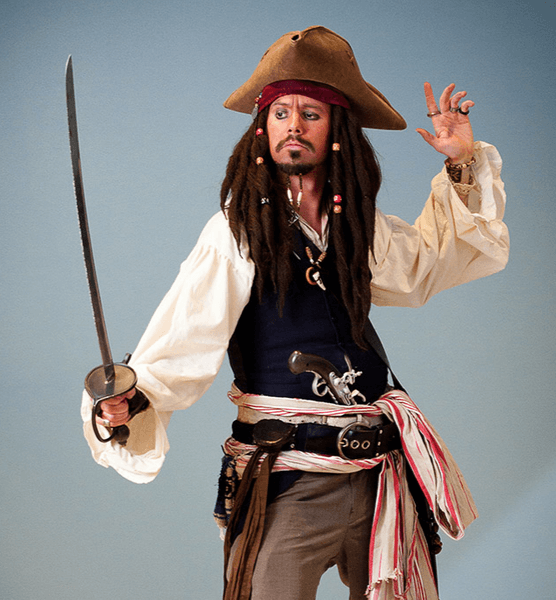 Characters For Party’s Jack Sparrow will sail to your child’s pirate-themed birthday party in the infamous Black Pearl ship. This legendary pirate loves a great adventure and great company too! He’s surely a fun character to have in your party!

Read More
Need Help?
Let our expert party planners help with fantastic ideas to make your event great. Talk to one of our expert planners at (855)705-2799 or click the Chat button below and they'll help you get your party started.
(855) 705-2799
Top Cities
New York City
Los Angeles
Tampa
Chicago
Houston
Brooklyn
San Diego

Get to Know Us
About Us
Careers
Blog

Doing Business
Become a Vendor
Be a Partner